Skip to content
Posted on August 14, 2010 by Cos Posted in General

I got invited to an impromptu SummerSlam party tomorrow and while the card for the show may not be that good, I’m pretty excited just to go. Maybe it’ll turn out to be much better, we shall see. Below is the advertisement for SummerSlam, with Kelly Kelly (thank you Kelly Kelly…) who I don’t even think is on the card. I haven’t actually been paying attention recently, nor have I had the time to watch. I bet if I had known I was going to see SummerSlam I would have gone out of my way to watch…oh well…I have been listening to my RBR Weekly Wrestling talk podcast, so I pretty much

As of right now, on Saturday night, these are the following matches (six in all) for tomorrow nights SummerSlam:

Don’t really care, but I’m going to go with a title switch.

Sadly, don’t care. I think SES should win, but something tells me Big Show.

Dolph just won this, especially seeing that it took him a year to get it after he was supposed to get it last summer. There is no reason to give it to Kofi. 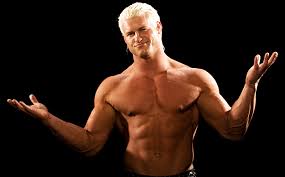 Its not that I don’t care about this one, its that I don’t like either guy enough to care who gets/keeps the title. As far as I’m concerned, keep the title on Kane until Undertaker comes back (or if he does come back tomorrow night, that’s fine too) but I think the title should be fought over during the Kane/Undertaker fued.

I think Sheamus desperately needs a honest to god win over someone. He’s doing pretty good, but all of his wins are at his own title reign’s expense. Giving him a good strong win here would be beneficial.
Winner and still champ: Sheamus

This is the match that the WWE has been building to and marketing the most, the 7-on7 elimination tag team match that couldn’t wait four more months for Survivor Series. Nexus has to win this, if they don’t something HUGE has to happen tomorrow night where we find something else out. But they have to win this one.

I hope that the show adds at least one more match, perhaps a Tag Team match or a United States Championship match or even a Money in the Bank cash in by The Miz because something seems to be missing from the lackluster card. This is supposed to be the Wrestlemania of the summer and I’m not seeing it at all. This doesn’t even beat the Money in the Bank card from last month!

But it still should be fun! I enjoy seeing these things live. Post comments and thoughts.