To continue on my ranting streak of African-American movie stars, my latest target is none other than the ex-Fresh Prince himself, Will Smith. This by no means is an expression for any hatred towards Big Willie. Itâ€™s more like my frustration with his shortcomings as an actor that people overlook because of his charm as well as his squeaky clean lifestyle. 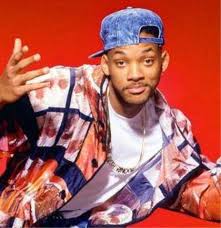 Like many pre-teens in the early 1990s, Will Smith could do no wrong. My cousin and I used to watch The Fresh Prince of Bel-Air every week, both new episodes and repeats. Who doesnâ€™t know the lyrics to that theme song?! We also used to listen to the albums he made with D.J. Jazzy Jeff. The song â€œSummertimeâ€ still remains my personal favorite and my head always bounces to the beat whenever I hear it on the radio.

The PG hip-hop star turned television star would eventually set his sights on the movie world. At first, the industry didnâ€™t take him seriously. Not even his performance as a gay man in Six Degrees of Separation screamed â€œWill Smith: Movie Starâ€ (More on this later). But it would be a trilogy of films that proved his worth as a bonafide movie star: Bad Boys, Independence Day, and Men in Black. While each of these films were high on tons of special effects, it would be Willâ€™s charm and sense of humor through even the most serious situations that made you want to cheer for him and triumph over evil-doers. I was already a fan…

…until I had an interesting conversation with my uncle at dinner one night. Enemy of the State had just been released and I remember having nothing but good things to say about it. But my uncle was very anti-Will in saying that his career would â€œcrash and burnâ€. I asked him what the reason was and the answer was simple: No matter what role he plays, Will Smith always portrays Will Smith.

When Ali came out in 2001, I was very impressed by Willâ€™s portrayal of the champ. Looking back now, however, Aliâ€™s persona was no different from Willâ€™s.Â  Then the next few years seemed to prove at least part of my uncleâ€™s point. It didnâ€™t matter if Will was doing sequels to old hits or doing comedy and/or sci-fi movies because the man would not stretch his acting ability. I, Robot should have been much more serious and darker considering itâ€™s director, Alex Proyas, having done The Crow 10 years earlier; I Am Legend could have been superior to Dawn of the Dead; Hancock could have been a much better screenplay. But each one of these films never lived up to their real potential because Will Smith had to be casted along with his charm, humor, and that sort of annoying wink to pop culture (i.e. the Converse sneakers emphasis in I, Robot, the Shrek monologue in I Am Legend, etc). What do moviegoers care though? These pieces of garbage still make money because of him. Even Wild Wild West scraped up enough cash before everyone called it a disappointment.

Can Will Smith act? Films like The Pursuit of Happyness and Seven Pounds are proof of that. I always feel for his character in Pursuit whenever I see the part where he and his son are forced to sleep in the bathroom of a train station while trying to play make-believe so his son would not be so scared; however, Will Smith has a hard time stretching as an actor. Thereâ€™s absolutely nothing in his filmography that compares to the kind of challenging roles that Denzel Washington plays (Malcolm X, Training Day, American Gangster) or even Don Cheadle (Crash, Traitor). His characters are not really 3 dimensional and he has difficulty in going into more challenging performances as in Six Degrees. His future slate of projects consist of more sequels, prequels, remakes, comedies, and big budget science fiction movies.

Today it is 2010 and 2011 is just around the corner. Will Smithâ€™s career has not crashed and burned yet. But he is now in his 40s and working less than he has in recent years. The verdict is out on whether his career will remain as hot as Brad Pitt and George Clooneyâ€™s careers or turn into the train wreck of career like Tom Cruise and Mel Gibson. Until then, heâ€™ll continue to force feed his sonâ€™s bullcrap Karate Kid revivals down our throats. 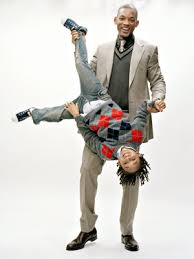